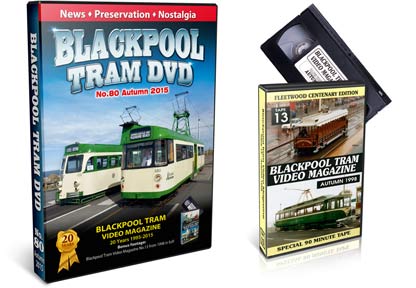 Preservation: Footage from the Blackpool rocks Manchester event at Heaton Park starring Blackpool cars 280, 619 and 623; 680 returns to Blackpool; 290 moves from Pleasure Beach plus a look at the trams of the Fleetwood Heritage Leisure Trust. (17 minutes)

Nostalgia: Available for the very first time on DVD – Blackpool Tram Video Magazine No.13 – the original version, uncut and exactly how it was released in September 1998. This special 90 minute programme looks at the events of the Fleetwood Tramroad Centenary year including the grand cavalcade of trams from 12th July. (91 minutes)