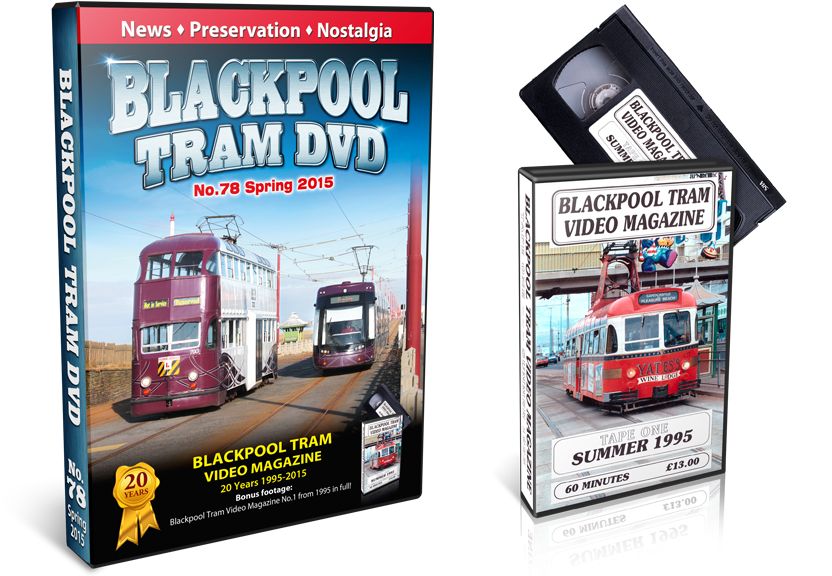 Winter 2014/2015: News from the Blackpool Tramway from winter 2014/2015 with lots of enthusiast tours and private hires for the Heritage fleet. Coronation 304 and Balloon 701 run at Christmas with the Western Train on a Santa Special and Balloon 717 and Fleetwood 40. Next was an epic outing for Twin set 272+T2 which included a journey around the entire loop at Starr Gate, via the depot complex! Footage from this tour also includes a driver’s eye view in T2 from Heathfield Road to Fleetwood Ferry. Driver training is featured with cars 40, 272+T2, 648 and 700 plus 700 and 719 on February specials and a typical winter’s day for the Flexity trams filmed in Fleetwood. (57 minutes)

Preservation: A look at Twin motor 671 which has returned to Rigby Road depot and footage of 671+681 in their final days of service. (10 minutes)

Nostalgia: Unavailable for 12 years and now on DVD for the very first time: Blackpool Tram Video Magazine No.1 – the original version, uncut and exactly how it was released 20 years ago, back in May 1995, with tramway news and features from 1994 and 1995. (61 minutes)